Rukmini Callimachi is arguably the best reporter on the most impor­tant beat in the world. As a New York Times correspondent covering terrorism, her work explores not just what jihadists do but how they do it. You’ve read her stories on ISIS’s use of birth control to maintain its supply of sex slaves, or the Kouachi brothers’ path to the Charlie Hebdo attacks in Paris, or the nature of lone-wolf attacks like the recent mass shooting in Orlando. Her byline often appears on the front page of the paper; at just 43, she’s received three Pulitzer Prize nominations. Perhaps the most remarkable thing about Callimachi, though, is how she gets her insights into the world’s most hostile and secretive organizations. Sure, she spends months every year out of the country reporting, but increasingly her work requires just as much time staring at her phone and computer screen. Social media enables Callimachi to access what she calls the “inner world of jihadists”; she lurks in Telegram chat rooms, navigates an endless flood of tips on Twitter, and carefully tracks sources and subjects all over the Internet. Her cell phone battery dies up to four times a day. The truth, she has found, is as much online as it is on the ground.

Wired: How did you start covering terrorism?

Callimachi: In December 2006, I became the West Africa correspondent for the Associated Press. As it happened, that was the year that a group there pledged allegiance to al Qaeda and became their North African branch. Very quickly, large swaths of their area were deemed too dangerous for a Westerner to visit, and I saw my own world shrink as a result.

Then in 2012 they succeeded in taking over northern Mali. The area that they controlled with two other groups was enormous, the size of Afghanistan. They imposed Sharia law, cut off people’s hands. An adulterous couple was stoned to death, and women had to be veiled. It was one of the biggest stories on my beat, but it was frustrating because I couldn’t go there, so I was covering it by phone. Then in 2013 the French went in to push back the jihadis, and suddenly reporters were able to go in behind them. 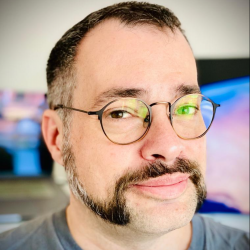 Cassiano Gobbet
I am a journalist, interested in everything related to the equation technology + communication.

Latest posts by Cassiano Gobbet (see all)
We use cookies to ensure that we give you the best experience on our website. If you continue to use this site we will assume that you are happy with it.Ok